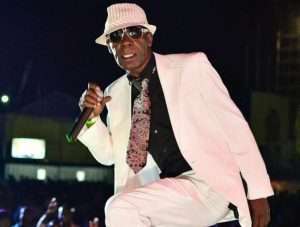 (JAMAICA OBSERVER) – DANCEHALL deejay Merciless was found dead in a guest house on Walker’s Avenue, off Beechwood Avenue, in Kingston on Tuesday evening. He had checked in alone.

According to eyewitnesses, the 51-year-old artiste was last seen around midnight Tuesday. Merciless, who was from Clarendon, was doing gigs at several Corporate Area studios.

Kevin Thomas, his close friend and driver, said he knew something was wrong when the deejay failed to return his calls.

Olivia “Babsy” Grange, minister of culture, gender, entertainment and sport, said she was saddened to learn of Merciless’s death.

“It is really sad to lose another member of our music fraternity. Merciless was a popular artiste in the dancehall and had a number of hits to his credit. I extend sincere condolences to his family, relatives, friends, and associates and to the music fraternity,” said Grange in a release sent to the Observer.

According to the Jamaica Constabulary Force’s information arm, the Corporate Communications Unit, the police was called to a motel, off Beechwood Avenue, where the artiste was found dead. No foul play is suspected and it is being treated as a sudden death investigation.

Merciless, whose given name was Leonard Bartley, hails from Chapleton in Clarendon. He made his recording debut in 1994 with Lend Out Mi Mercy. In addition to Gal Dem Gizzada and Mama Cooking he also garnered new fans with Mavis and Mr Whodini.

He was renowned for several clashes. The most famous was against Ninjaman, Bounty Killer, and Beenie Man in a lyrical face-off at Sting 2000 at Jamworld Entertainment Complex in St Catherine.