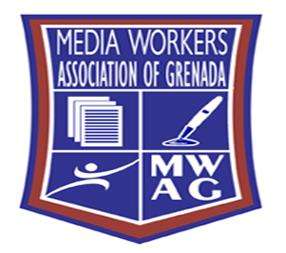 PR – The Media Workers Association of Grenada (MWAG), in its quest for the truth and its belief that the “The Pen is Indeed Always Mightier”, reached out to former Information Minister Emmalin Pierre following the potentially libelous backpage article in “The New Today” newspaper published July 15th 2022 which was headlined “Incompetence at GIS”.

MWAG felt it necessary to strictly follow the ethics and proper journalistic practices before officially responding to the emotionally damaging article which has left members of the media fraternity reeling and its “Government Information Service” [GIS] family distraught.

Former Information Minister Emmalin Pierre when contacted by MWAG said “I have no knowledge of what is referred to there”, after a copy of the article as well as the subsequent response by The New Today newspaper were forwarded to her.

Despite efforts by MWAG and the Public Workers Union, who represents the workers at GIS to discredit the article as baseless and irresponsible, noting the damage it has caused to the credibility of GIS staff and their reputation, The New Today has chosen instead to hit back at both organizations.

Mrs. Pierre, in her discourse with MWAG, noted that she has never had any negative reports concerning the two employees mentioned in The New Today article during her time as Minister for Information.

MWAG is appalled by the recent unjournalistical display from one of the leading newspapers in Grenada and condemns any such actions whether in the past or present.

MWAG welcomes the government’s response that the article does not reflect the views of the current government. MWAG also welcomes government’s focus to train and further improve the staff as GIS, which will positively reflect on the media fraternity in Grenada.

The Executive of MWAG as well as the wider membership stand in solidarity with our colleagues at the Government Information Service, recognizing the major role they played in keeping the public abreast of all the happenings during the Covid-19 pandemic while putting themselves and their families at risk in the face of the deadly disease.

MWAG understands also that colleagues at GIS have been facing undue backlash due to the heated election campaign and the subsequent results.

While the association does not condone media personnel publicly showing favour to a political party though respecting their right to affiliation under the constitution of Grenada, MWAG was shocked to learn that a member of the GIS team was physically assaulted following the election results and celebrations.

Such actions cannot be allowed or left unchecked in a democratic society thus MWAG is calling on the relevant authorities to ensue calm within the country.