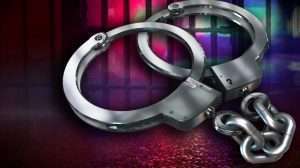 (CMC) – Trinidad police are to lay murder charges against eight of their colleagues following the killings of three men in Morvant on the outskirts of Port of Spain, in 2020.

The country’s Office of the Director of the Public Prosecution (DPP) Monday night gave instructions to charge a sergeant and seven constables in the deaths of Joel Jacob, 38, Noel Diamond, 46, and Israel Moses Clinton, 27.

Acting Police Commissioner McDonald Jacob, speaking on a radio programme on Tuesday, confirmed that the officers, who were arrested last weekend, are to be charged with murder.

“I am sure my clients will face the court and be exonerated. They only did their duties,” said attorney Ulric Skerritt, who is among a team of defence lawyers.

Reports are that on June 27, 2020, 18 officers assigned to the Guard and Emergency Branch and the Inter-Agency Task Force, intercepted a vehicle.

Jacob, who was in the backseat with his childhood friend, Diamond, emerged with his hands in the air. The driver, Clinton, also had his hands above the steering wheel as officers surrounded the car, pointing the automatic weapons.

The shooting incident was captured on CCTV cameras and shared on social media mere hours after the incident.

The killing of the three men sparked three days of violent protests in the capital city and other parts of the country and the Prime Minister appointed a committee to find out the root causes of the protests.

After the men were shot, police bundled their bodies in the back of a jeep and sped off while other officers pointed their weapons at residents who were brave enough to peep through their windows, residents said.