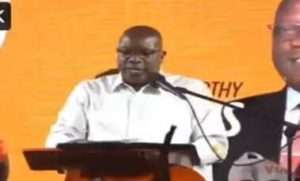 (CMC) – Prime Minister of St Kitts, Dr Timothy Harris, Sunday night announced August 5 as the date for the long-awaited general election, telling supporters of his People’s Labour Party (PLP) that he is “confident” of being returned to office “to continue the wonderful job we have been doing”.

Harris was forced to call the election after the members of his coalition Team Unity government filed a motion of no confidence against him, two years after the three-party team was re-elected in the June 8, 20202 general election by winning nine of the 11 seats in the 15-member Parliaments. The other four legislators are nominated by the Governor General following the polls.

Harris dissolved Parliament on May 10, paving the way for the general election after the People’s Action Movement (PAM) and the Concerned Citizens Movement (CCM), the other two members of the coalition had filed the motion of no confidence against him. His move virtually scuttled that move and Harris also fired the dissidents and told the country he would announce a date for the polls within the stipulated 90-day period.

“All democracy loves, I now declare that I have advised His Excellency, the Governor General earlier this week that he should prepare for us to go to general elections in St Kitts-Nevis on Friday, the fifth of August, 2022,” Harris told PLP supporters at a rally on Sunday night.

The PLP said it will contest the eight seats on St Kitts, while the PAM and the CCM have announced plans for a coalition of their own and will contest all 11 seats in the twin island Federation.

The main opposition St Kitts-Nevis Labour Party (SKNLP), which last Friday staged a demonstration in the capital calling for the date of the general election to be announced, has also announced a full slate of eight candidates for the seats in St Kitts.