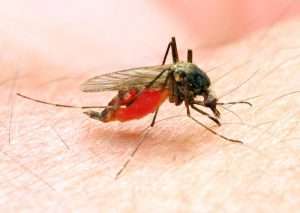 (CMC) – More than 10 years after reporting a case of local transmission, health authorities are confirming that a Bahamian national, who recently travelled to West Africa, has tested positive for malaria.

In a statement, the Ministry of Health and Wellness said “the patient affected is a Bahamian male in his mid-thirties who travelled to West Africa (and) is receiving treatment in a private facility and a full recovery is expected”.

The Ministry of Health and Wellness said it has activated its tracing and surveillance teams in light of this confirmation and will provide updates to the public should they become necessary.

“Persons are also advised to adhere to vector control protocols, which diminish catchment areas where mosquito larvae can grow. Malaria is not endemic to The Bahamas and the last reported case of local transmission was more than 10 years ago,” the ministry said.

Health Minister Dr Michael Darville told reporters Tuesday night that the “case had a travel history to a country that was endemic. Initially they presented not feeling well. They came to the doctor back and forth and after examination of the travel history a test was done, which confirmed to be malaria positive.”

“The reason why we reported it is because our surveillance crew has actually contacted those who have been in association with him and the necessary protocols are in place. I reported it before the media got a hold of it and sensationalised it,” said Dr Darville, adding “I just wanted to make sure that the population knows that we have a positive case in the country. We are quite satisfied that the protocols that are necessary in order for us to ensure that the case is covered.”

Malaria is typically transmitted through the bite of an infected Anopheles mosquito. The primary symptoms include fever, fatigue, vomiting, chills, headaches, anaemia and diarrhoea. muscle pain, bloody stools and profuse sweating are also seen. In severe cases, it can lead to seizures, coma and eventually death.