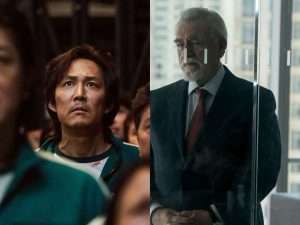 “Succession,” which follows a rich, powerful family vying to inherit a media empire, led the drama nominees, while “Ted Lasso” and “The White Lotus” topped the comedy and limited series categories with 20 nominations each.

Two other comedies — HBO’s “Hacks” and Hulu’s “Only Murders in the Building” — each racked up 17 nominations for the 74th Emmy Awards, to be handed out at a glitzy ceremony in Los Angeles on September 12.

“With production at a historic high, the Academy has received a record number of Emmy submissions this season,” said Television Academy CEO Frank Scherma.

“As we prepare for the entertainment industry’s biggest night, we are thrilled to honor the innovators, creators, performers and storytellers who are propelling this platinum age of television.”

“Succession” will compete for best drama with “Squid Game,” a violent South Korean satire in which society’s marginalised compete for cash in fatal versions of children’s games — and Netflix’s most-watched series ever.

The groundbreaking show is hoping to follow in the footsteps of South Korean film “Parasite,” which rocked Hollywood in 2020 by becoming the first non-English-language film to win best picture at the Oscars.

Others in the running for the best drama Emmy include “Euphoria,” “Ozark,” “Better Call Saul” and “Stranger Things.”

“Succession” stars Brian Cox and Jeremy Strong will compete with Lee for best actor in a drama series.

“Euphoria” star and past winner Zendaya became the youngest acting nominee to be shortlisted twice, for best actress in a drama — a category in which “The Morning Show” actress Jennifer Aniston missed out to co-star Reese Witherspoon.

In the comedy categories, past winners Jason Sudeikis (“Ted Lasso”), Bill Hader (“Barry”) and Donald Glover (“Atlanta”) will battle it out for best actor, as will Jean Smart (“Hacks”) and Rachel Brosnahan (“The Marvelous Mrs Maisel”) for best actress.

Selena Gomez missed out on an acting nomination for “Only Murders in the Building” — even though her male co-stars Steve Martin and Martin Short earned nods.

But she still made history as the second ever Latina nominated as a producer in the category.

In the limited series categories, “The White Lotus” — a satirical look at hypocrisy and wealth among the visitors to a luxury Hawaii hotel — scored eight acting nominations for an ensemble cast including Jennifer Coolidge and Murray Bartlett.

Elsewhere, A-listers including Colin Firth (“The Staircase”), Andrew Garfield (“Under the Banner of Heaven”), Oscar Isaac (“Scenes From a Marriage”) and Michael Keaton (“Dopesick”) will vie for best actor in a limited series.

But there were notable big-name omissions on the short list for best actress in a limited series, including Julia Roberts (“Gaslit”) and Jessica Chastain (“Scenes from a Marriage”).

Instead, the category will feature Amanda Seyfried (“The Dropout”), Julia Garner (“Inventing Anna”) and Sarah Paulson (“Impeachment: American Crime Story”) among others.

The Emmys will be broadcast in the United States on NBC and Peacock.