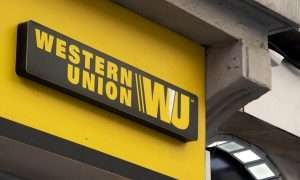 (CMC) – The United States (US) Department of Justice (DOJ) says it has begun phase two of the remission compensation process to provide recovery for fraud victims of Caribbean money transmitter Western Union.

The DOJ said that, in 2017, Western Union entered into a deferred prosecution agreement (DPA) to forfeit US$586 million.

The DOJ said it previously distributed over US$366 million to over 148,000 victims and that additional forfeited funds remain available in this case. It has since reopened the petition process to potential victims who did not previously submit a petition for remission.

The DOJ said victims of fraud who sent a money transfer through Western Union between January 1, 2004, and January 19, 2017 can file a petition for remission and receive compensation for their fraud losses.

It said the deadline to file a petition for remission is August 31, 2022.

“The department is pleased to have provided compensation to over 148,000 victims and hopes additional victims take the opportunity to file claims relating to the harms caused by these schemes,” said Assistant Attorney General Kenneth A Polite, Jr of the DOJ’s Criminal Division.

“Asset forfeiture is a tool critical for compensating crime victims. The hard work of our dedicated investigators and prosecutors held Western Union accountable and brought justice to many individuals who perpetrated the fraud using the Western Union system,” said US Attorney Gerard M Karam for the Middle District of Pennsylvania.

“Though we are gratified those thousands of victims have already received compensation, our work continues as we urge those other fraud victims who have not yet submitted their petitions for remission to do so promptly so that they can also receive restitution,” he added.

“As we move forward with the second phase of the Western Union Remission, we will continue to support the mission of ensuring monies are returned to their rightful owners,” he said.

“With our law enforcement partners, we continue to return money to those harmed by the company’s failures, and people still have until August 31 to submit claims,” Karam said.

The DOJ said that Western Union, pursuant to the DPA, “acknowledged responsibility for its criminal conduct, which included violations of the Bank Secrecy Act, and aiding and abetting wire fraud, and agreed to forfeit US$586 million, which has been made available to compensate victims of an international consumer fraud scheme.”

According to court documents, fraudsters targeted consumers, including seniors, through multiple scams and convinced their victims to send money through Western Union.

The DOJ said certain owners, operators or employees of Western Union locations were complicit in the scheme.

“Western Union aided and abetted the scheme by failing to suspend or terminate complicit agents and by allowing them to continue to process fraud-induced monetary transactions,” the DOJ said, adding “Western Union has fulfilled its obligations under the DPA, and the court granted the motion to dismiss the criminal information against Western Union.”