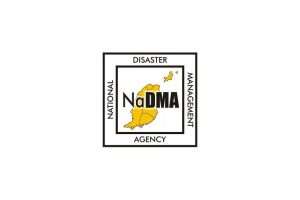 PR – The Tropical Storm Warning designation issued for Grenada and it’s dependencies  on Monday has been discontinued as the threat moved away from the state.

At 5:00 AM, the disturbance was centered near latitude 11.3 North, longitude 65.4  West, approximately 223 nautical miles southwest of Grenada.

Though the system’s axis has passed the country it’s outer bands is still expected to  create cloudy to overcast conditions with moderate to heavy scattered showers,  thundershowers and gusty winds as strong convective activity remains in the vicinity of  the disturbance. A marine advisory remains in place as rough seas prevail.

Throughout the night NaDMA received several reports of flooding, power outage and  blocked roads. Preliminary assessments will continue on Wednesday to determine the  overall impact of the tropical system on the island.

NaDMA advises the general public to be cautious when travelling on our nation’s  roads and please report all blocked pathways, flooded areas and other direct or  indirect impacts from the system.

NaDMA through the Meteorological Office will continue to monitor the system and  provide timely updates.