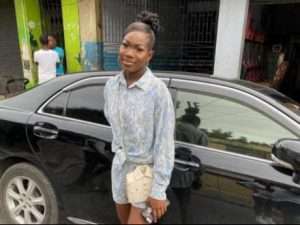 (JAMAICA GLEANER) – A 17-year-old mother was shot and killed last night at the Kings Heights housing complex on Water Street in Denham Town in Kingston.

It is reported that Devonise Nelson, otherwise called ‘Pinky’, a student of North Street in Kingston, was at the home of her child’s father when explosions were heard around 11:00 .p.m.

The police were called to the area.

The teen, who was the mother of a four-month-old boy, was found with a gunshot wound to the head.

Two individuals have since been listed as persons of interest.

Being sought are Eric Murdock, otherwise called ‘Brando’, the father of Nelson’s child, and Tevin Cross, who are both of Water Street addresses.

Murdock and Cross are being asked to turn themselves in to the Denham Town Police by 5:00 p.m. today.

Anyone with information that can assist the police is urged to contact investigators at the Denham Town Police Station immediately at 876-948-6443 or Crime Stop at 311.