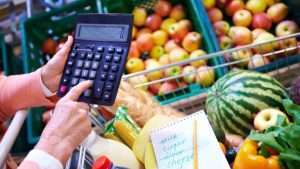 (TT GUARDIAN) – Food prices around the world, including in the Caribbean, skyrocketed this year after the conflict in Ukraine broke out, according to Lilia Burunciuc, World Bank Country Director for the Caribbean.

In a statement, she outlined that the World Bank’s domestic food price inflation dashboard showed that at least four Caribbean countries—Dominican Republic, Guyana, Haiti, and Suriname—have experienced food price increases higher than five per cent every month between March 2021 to 2022.

Suriname witnessed food price increases of over 30 percent in this period and ranks among the worst affected countries globally based on this indicator.

Noting that both Ukraine and Russia produce a significant amount of the world’s grains, oilseeds and fertilizer, Burunciuc said the expected shortfall in supplies has already caused price hikes for these food commodities.

She said the Caribbean also relies heavily on food imports for domestic consumption and to supply the tourism industry, adding that as these price increases transmit to local markets, those previously barely able to afford a nutritious diet may not have enough money to do so any more.

“Food crises are bad for everyone, but even more so for the poorest. The first thing families with low income do during the food crisis is switch to cheaper food that fills the stomach but is usually less nutritious,” Burunciuc said.

She added that when nutritional needs are not met, people have lower productivity and inadequate nutrition has irreversible effects on a child’s physical and mental development.

“Thus, the crisis we are witnessing today may affect not only the individual but also the longer-term growth prospects of countries within the region,” Burunciuc said.