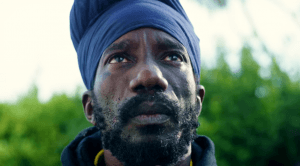 (JAMAICA OBSERVER) – A man said to be a bodyguard of iconic reggae act Sizzla Kalonji was shot dead in Judgement Yard in August Town, St Andrew on Sunday night.

Up to publication time Monday morning, the man, who is also said to be an artiste who goes by the stage name Culture, was still unidentified.

Efforts to speak with Sizzla have so far proven futile.

Police told OBSERVER ONLINE that they were called to Judgement Yard, which is one of Sizzla’s residences, where the man’s body was seen. It was later removed from the area and taken to the morgue.

The St Andrew Central police say they are unable to confirm if the man was a bodyguard of Sizzla.

At least 11 spent shells were found at the scene of the shooting, the police said.

The police said several efforts to contact Sizzla, who was not at Judgement Yard, have not borne any fruit as his number rings without answer.