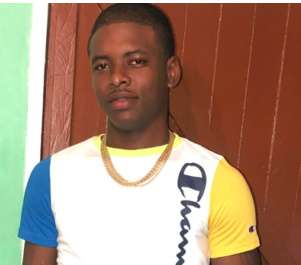 (CMC) – Opposition Leader, Aubrey Norton, Tuesday called for a full scale investigation into the shooting death of 23-year-old Quindon Bacchus amid fears that the Guyana Police Force (GPF) is not treating the matter as a crime.

“There must be a criminal investigation into this matter and the perpetrators of this crime must face the full force of the law,” Norton said, as he brushed aside the assurance by Acting Police Commissioner, Clifton Hicken that the incident will be properly investigated.

Norton, who met with Bacchus relatives, said over the last two years, the GPF has promised impartial probes into similar killings without success.

“It is a case of murder and should be investigated as a crime. The Commissioner of Police reassurance that it would be properly investigated must be taken with a pinch of salt,” Norton said.

Bacchus was shot by a police officer in Haslington, a sugar plantation along the East Coast Demerara last weekend.

Residents of the East Coast Demerara village of Golden Grove stage a protest as Hicken visited the family on Monday assuring them that the investigation will be impartial.

He said the Police Complaints Authority, which is headed by retired Judge, Justicee William Ramlall has its own investigators, and will be in charge of the probe. He said all information and evidence gathered by the police will be handed over to the Complaints Authority.

In its initial release, the Guyana Police Force (GPF) claimed that officers were conducting an operation in the Haslington area when Bacchus was spotted with a gun and started to fire shots at the police as they approached him.

The police said that they returned fire killing the 23-year-old father of one.

But in a later update, the GPF reported that Bacchus was the target of an intelligence-led police operation and was attempting to sell a gun to an undercover police officer when he ran and opened fire on the police.

“In the process of handing over the firearm to the rank, an alarm was raised. As a result, the now-deceased man ran in a southern direction and discharged a round in the rank’s direction who drew his service pistol and returned fire.

“Bacchus then ran further south and jumped into a yard, and the rank gave chase and while in close proximity, Bacchus discharged several other rounds towards the rank who took cover and returned fire, hitting the now-deceased man about his body,” the police statement added.

The police said they recovered a .380 gun with one live round at the scene.

A post-mortem examination conducted confirmed that Bacchus had been shot six times with the family members reporting that the post-mortem found that he had been shot five times in the back and once in the chest.

The results of the post-mortem examination will be forwarded to the Police Complaints Authority which has taken over the investigation of the shooting death.