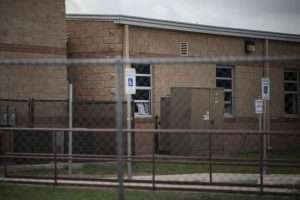 (AP) – Since the Columbine High School massacre more than 20 years ago, police have been trained to quickly confront shooters in the horrific attacks that have followed.

But officers in Uvalde, Texas, took more than an hour to kill a shooter who massacred 19 children, a lapse of time that will likely be a key part of a Justice Department probe into the police response.

The rare federal review comes amid growing, agonised questions and shifting information from police. Authorities now say that several officers entered the elementary school just two minutes after alleged gunman Salvador Ramos and exchanged fire with him, but he wasn’t stopped until a tactical team entered a classroom more than an hour later.

That’s a confounding timeline for law enforcement experts like Jarrod Burguan, who was the police chief in San Bernardino, California, when the city was hit by a terrorist attack that killed 14 people in 2015. Officers entered that facility, a training center for residents with developmental disabilities, within two minutes of arriving.

“Columbine changed everything,” Burguan said Monday. Officers are now trained to form up and enter buildings to confront shooters as quickly as possible to prevent them from killing more people. “This has been drilled into this industry for years now.”

Justice Department officials probing the Texas slayings will examine a host of questions about the police response in Uvalde.

In announcing the review, Justice Department spokesman Anthony Coley said it would be conducted in a fair, impartial and independent manner and the findings would be made public. It could take months. Handling the review is the department’s Office of Community Oriented Policing Services.

The Justice review won’t investigate the crime itself, or directly hold police civilly or criminally liable. What it will likely do is examine things like how police communicated with each other, said Thor Eells, executive director of the National Tactical Officers Association. It’s not yet known why the school chief, Pete Arredondo, thought the shooter was barricaded and he hasn’t commented.

The review will also likely examine how well officers were prepared with gear like weapons and body armor. The shooter wore a tactical vest and was armed with an AR-15-style rifle, a powerful weapon capable of piercing basic bulletproof vests.

Moving quickly is important not only to stop a shooter from killing more people, but to help the wounded.

It is unclear what impact the delayed entry into the Texas classroom might have had on any of the children who were wounded and needed treatment more than an hour away in San Antonio.

Police do have to quickly analyse the risks to themselves and others in a violent, quickly changing situation — but they’re also trained to stop people from getting hurt, Eells said.

“Making an entry into that room is very, very, very dangerous,” he said. “But we are going to incur that risk, knowingly and willingly, because our priorities are to help those that cannot help themselves.”