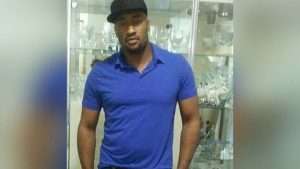 (JAMAICA OBSERVER) – A Jamaican-born man who was on his way to visit his mother was shot dead by unknown assailant(s) in Brooklyn, New York on the weekend.

The deceased has been identified as Donovan Davy, 45, an employee of the Transportation Security Administration (TSA) who worked as a transport security officer at the John F Kennedy Airport for 17 years.

Family members told New York Daily News that he was born in Jamaica but immigrated to New York City when he was a youngster.

It was reported that about 12:20 am Sunday, Davy was walking along the roadway after he finished working late Saturday night. While talking on the phone with his sister, he was pounced upon by an unknown assailant who opened gunfire, hitting him in the neck and leg on a street near East Flatbush.

He was later pronounced dead at hospital.

In an interview with New York Daily News, Davy’s sister recounted the moment when she heard the gunshots while talking with him on the cell phone.

“I heard three shots and I was calling his name but he wasn’t responding at all… I just couldn’t believe it. I heard my brother die over the phone,” said the woman, who asked for her identity not to be published.

She said during their final conversation, she had enquired where he was, to which he responded that: “‘I’m walking fast like a chicken with his head cut off’.”

His sister described him as being very intelligent, as he was fluent in both Spanish and French.

He was also a lover of travelling and was planning a trip to Thailand with his family in January next year, his sister said.

Davy’s cousin, Courtney Davy, who also spoke to reporters, said his relative was not involved in any criminal activity and was inside his home most times.

“He was a happy-going guy. I’ve never known him to have any beef,” the cousin said.

So far, investigators have been unable to locate the Jamaican native’s shooter.

The lawmen confirmed that Davy had no criminal history, the report said.