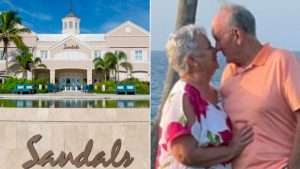 (CMC) – The Bahamas government has confirmed that the relatives of three United States tourists found dead at the Sandals Emerald Bay resort in Exuma earlier this month want US pathologists to perform another autopsy on their bodies.

Health Minister Dr Michael Darville said that the requests are currently being “entertained” by officials.

There were requests by family members of the deceased to bring in pathologists from abroad to do another autopsy because you know to move bodies across water, they have to be embalmed and so that request was made.

“I do not know exactly how far it has gone but we are willing to assist anyone …and so those requests are being entertained but I’m not sure where they are at this point,” he told the Tribune newspaper.

Deputy Prime Minister Chester Cooper told reporters last week that autopsies had been completed, but that the findings were not being released as yet into the deaths of married Tennessee couple Michael and Robbie Phillips and Vincent Paul Chiarella of Florida.

Another American, said to be the wife of one of the deceased, was airlifted to New Providence to receive treatment at the Princess Margaret Hospital and has since been flown to the United States for further medical treatment.

Darville said he understands that there is still “some investigations ongoing at the Sandals resort” and that samples from the earlier autopsies have been “sent to a very reliable lab in the United States and a toxicology report was still outstanding”.

Police Commissioner Paul Rolle told reporters last week that investigators were looking into several points of interest to determine the victims’ cause of deaths, including what they ate as well as whether any “contaminants” were present in the separate rooms where they were found on May 6.

Sandals in expressing “deep sadness” at the incident, said it is “actively working to support both the investigation as well as the guests’ families in every way possible during this difficult time”.

It said that it would not be disclosing any further information at this time, out of courtesy to the family.