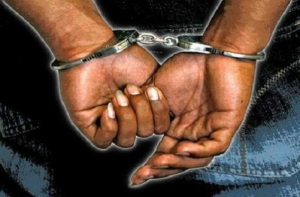 (JAMAICA OBSERVER) – A Jamaican man suspected of being one of four men involved in the smuggling of migrants into the United States was recently arrested by law enforcement officials in Florida.

According to the Miami Herald, Shane Anthony Clacken was arrested on charges of attempting to re-enter the United States after having been previously deported, as well as human smuggling.

A criminal complaint filed on Sunday, also states that Guyanese national Joel Dataram was charged with similar offences. Both men were previously deported from the US after being convicted of felony drug offences.

Along with the Jamaican and Guyanese, two Bahamian men have been identified as the other smugglers, the report stated.

It is alleged that sometime after midnight on Monday, May 9, a US Customs and Border Protection (CBP) boat pulled over a vessel carrying 15 people off Lake Worth Inlet in Palm Beach County, Florida.

The CBP officials, the report said, ascertained that the 15 people were from eight countries, including Jamaica, the Bahamas, India, Guyana, Tajikistan, Turkey, Haiti and the Dominican Republic.

The passengers were interviewed on Saturday, during which they told authorities that they paid “unidentified Bahamians” for a spot on the vessel that left Freeport in The Bahamas on May 8. It was destined for US shores.

Aside from Clacken and Dataram, the criminal complaint indicated that five others on the vessel have been charged for re-entering the United States after being deported following their convictions for various offences.