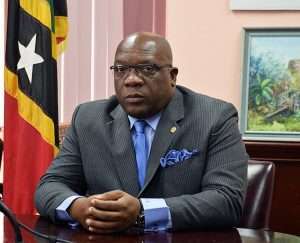 (AP) — The prime minister of the eastern Caribbean island of St. Kitts and Nevis has had the royal governor-general dissolve its Parliament and has fired several top officials including the deputy prime minister.

Tuesday’s announcement by Prime Minister Timothy Harris came as he was facing a no-confidence motion from a coalition that includes his own party.

Harris said he expects to soon announce a date for new elections. The island normally holds general elections every five years, with the last one held in June 2020.

“These decision were not taken lightly,” he said in a televised speech.

Harris accused those removed from their jobs of showing “a disinterest in their positions.”