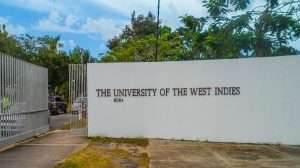 (JAMAICA OBSERVER) – The University of the West Indies (UWI), Mona Campus has confirmed that a female student was sexually assaulted on the compound last Thursday.

In a news release, the university said the incident occurred at approximately 2 pm in a restroom on the campus in the vicinity of the Annex and Senate buildings.

The incident was immediately reported to the Jamaica Constabulary Force (JCF) and a team was deployed to the campus to investigate, the university said, noting that it takes the matter very seriously and is providing all the relevant assistance to the police to apprehend the perpetrator.

The university also said it is providing psychosocial support for the student, and that the investigation is ongoing with both the JCF and Campus Security Team pursuing active leads.

Deputy Principal of the Mona Campus, Professor Ian Boxill stated that “The wellbeing of our students is our top priority. Since the occurrence of the incident, the campus has taken steps to provide all the necessary psychosocial support that is critical at this time. We have reached out to the family of the student and will continue to dialogue, as we continue to support our student in this difficult time”.

According to the university, since the incident, its security team has enhanced its operational plan to include the increased monitoring of restrooms.

Restrooms that are in extremely remote locations will be kept closed until further notice as the team reviews the monitoring process, the university said.

It added that there will be increased vigilance related to persons loitering on campus, with those found to be loitering subjected to greater levels of interrogation by the security team.

Additionally, plans are underway to expedite the installation of additional surveillance cameras and panic alarms in more areas on campus, the university said.

“Students, staff, and visitors to the campus are encouraged to continue to assist the security team by reporting any persons behaving suspiciously or those who appear to be loitering on campus.

“The Mona Campus community is being reminded that the security team is there to keep our community safe, and we ask that members alert them in instances where there are situations of concern,” the university said.