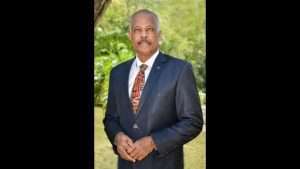 (CMC) – The University of the West Indies (The UWI) is calling on the United Kingdom to “retreat” from stated political calls to “subvert and subordinate the sovereignty of the people of the British Virgin Islands (BVI).

“This is the second occasion in recent weeks in which we have called for respect of the national rights of a community; having done so following the Russian invasion of Ukraine. We are committed to the decolonization of the Caribbean and deplore the persistence of colonial rule of the people in the region,” UWI Vice-Chancellor, Professor Sir Hilary Beckles said in a statement.

The noted Caribbean economic historian said that the regional UWI insists, therefore, that its member community, the Virgin Islands, be given the full opportunity and autonomy to resolve its immediate domestic challenges.

“We are confident that it will do so within an enabling Caribbean framework without injurious imperial aggression emanating from London,” said Sir Hilary, supporting the statement made by Caribbean Community (CARICOM) leaders on the issue.

The 15-member CARICOM grouping said it is “deeply concerned” at the recommendations by a one man Commission of Inquiry that called for the BVI government cease to exist in its current format for at least two years.

In a statement, CARICOM said it has taken “note of the release on April 29, 2022, of the Report of the British Virgin Islands Commission of Inquiry (COI) with its far-reaching recommendations” adding that the BVI, a British Overseas Territory, has been an Associate Member of the grouping since July 1991.

“CARICOM supports the decision of the duly elected Government of the BVI to welcome the recommendations for improving governance and their commitment to work with the United Kingdom to address the weaknesses identified in the COI report.

“CARICOM agrees that the people of BVI and their duly elected representatives have the responsibility to ensure good governance with full transparency and accountability and should work together to achieve mutually acceptable solutions to address the concerns highlighted in the COI report,” it added.

Earlier this month, BVI  Governor John Rankin said that the Commissioner, Sir Gary Hickinbottom, had recommended “a return to Ministerial Government and an elected House of Assembly as soon as practicable, with the Governor taking regular advice from the Advisory Council and others on the earliest practicable date on which such government can resume.

“Secondly, the Commissioner recommends an early and speedy review of the Constitution with the purpose of ensuring that abuses of the type he has identified do not recur, establishing a Constitution that will enable the people of the BVI to meet their aspirations including those in respect of self-government within the context of a modern democracy.”

Rankin said overall, the Commissioner in his Report finds that the elected government, in successive administrations, “has sought to avoid good governance” and that “in terms of governance the people of the BVI have been served very badly in recent years and that almost everywhere the principles of good governance such as openness, transparency and the rule of law are ignored.

“He concludes that it is highly likely that serious dishonesty may have taken place across a broad range of government and that there is information that a substantial number of elected officials may be involved. He makes recommendations for further investigations and possible criminal prosecution in several areas.”

The Governor said that the COI made 45 specific recommendations on how to address each of the areas of concern that his report identifies.

But the UWI Vice Chancellor said that ‘all the people of the region have fought with all means available to craft a democratic culture in the face of fierce opposition from Britain.

“They have been murdered, imprisoned, and racially denigrated in the quest for freedom, justice and democracy. Britain has no authority, moral or otherwise, to teach democracy lessons in the Caribbean, insisting as it does on dominating the people who are seeking Reparatory Justice for centuries of colonial brutality and continuing imperial rule.

“The region is proud of the initiative by the ruling party and opposition to come together to form a national consensus government. This is the spirit that forms the core of the independence sensibility now rooted in the region.

“It is precisely this consciousness that will enable the community to resolve whatever governance challenges are arising from the tragic, debilitating, recent events. It is also true that it is persistent British colonial rule of the community that distorts quality indigenous development and constitutes the framework in which international financial malfeasance seeks haven in these islands. Britain has created this wicket on which the game being played is not West Indian cricket.”

Beckles said that the UWI stands ready to facilitate the national strategy of the British Virgin Islands, its stakeholder, “to maintain and enhance its sovereignty.

“It also stands ready to assist Britain in curing itself from the persistent impulse and cultural addiction to dominate the people of this region by imperial edict.”

“For the avoidance of doubt, I want to be perfectly clear, our top priority is the implementation of the recommendations of the Commission of Inquiry (COI) report within a framework of democratic governance, and in close cooperation with the Governor and the United Kingdom, our partners,” he said, soon after the new administration was sworn into office.

“As I have previously said, implementation cannot simply be done within the existing structures of Government. An implementation body will have to be created to support and advance the work involved and there will have to be partnership between the Virgin Islands and United Kingdom to achieve the desired outcome of a model democracy whose institutions and systems of Government are robust and whose economy provides opportunities for everyone to make a decent living.”

Wheatley said that he is well aware that a decision has not yet been made by the United Kingdom on the report’s recommendation for a partial suspension of the Constitution.