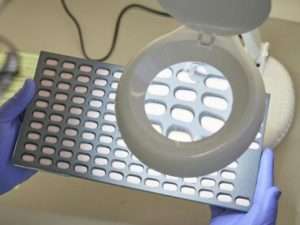 (AP) — As more doctors prescribe Pfizer’s powerful COVID-19 pill, new questions are emerging about its performance, including why a small number of patients appear to relapse after taking the drug.

Paxlovid has become the go-to option against COVID-19 because of its at-home convenience and impressive results in heading off severe disease.

The US government has spent more than $10 billion to purchase enough pills to treat 20 million people.

But experts say there is still much to be learned about the drug, which was authorised in December for adults at high risk of severe COVID-19 based on a study in which 1,000 adults received the medication.

Doctors have started reporting rare cases of patients whose symptoms return several days after completing Paxlovid’s five-day regimen of pills. That’s prompted questions about whether those patients are still contagious and should receive a second course of Paxlovid.

Last week, the Food and Drug Administration weighed in. It advised against a second round because there’s little risk of severe disease or hospitalisation among patients who relapse.

Dr Michael Charness reported last month on a 71-year-old vaccinated patient who saw his symptoms subside but then return, along with a spike in virus levels nine days into his illness.

Charness says Paxlovid remains a highly effective drug, but he wonders if it might be less potent against the current omicron variant. The $500 drug treatment was tested and OK’d based on its performance against the delta version of the coronavirus.

“The ability to clear the virus after it’s suppressed may be different from omicron to delta, especially for vaccinated people,” said Charness, who works for Boston’s VA health system.