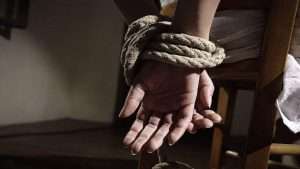 (AFP)— Eight Turkish citizens were kidnapped while travelling by bus in Haiti, the Turkish consul said Monday, as the Caribbean country struggles with a surge of attacks by increasingly powerful gangs.

The group were taken hostage Sunday as they drove to the capital Port-au-Prince from the neighbouring Dominican Republic, consul Hugues Josue told AFP.

“During their abduction, they got off the bus and had time to contact their organisation… There are eight of them and they are with an organisation promoting education,” he said, giving no further details.

The United Nations said last week that clashes between rival gangs in the downtrodden districts of northern Port-au-Prince have claimed the lives of at least 75 people, including women and children, since fresh violence erupted on April 24.

The world body said it was “deeply concerned by the rapid deterioration of the security situation” in the city.

For decades, armed gangs have run amok in the poorest neighbourhoods of Port-au-Prince, but they have drastically increased their hold across the Haitian capital and the country at-large in recent years, sending murders and kidnappings skyrocketing.

Last October, the “400 Mawozo” gang abducted a group of 17 North American missionaries and their relatives, including five children.

After five of the group were released, the rest escaped to safety in December.