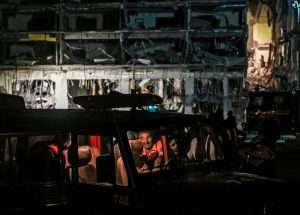 (CMC) — The 15-member Caribbean Community (Caricom) grouping Monday expressed its “profound sorrow” at the loss of lives at the collapse of the Hotel Saratoga in Cuba last weekend following a gas explosion.

Caricom Secretary-General, Dr Carla Barnett, in a message to Cuba’s President Miguel Díaz-Cane, said that the “Caribbean Community expresses its profound sorrow to the Government and people of Cuba at the loss of life due to the accident at the Hotel Saratoga in Havana.”

“The community extends its condolences to the families of those who died in this tragic event and wish a full and speedy recovery to those who were injured.

“Caricom is confident that the renowned resilience of the Cuban people will enable them to recover from this disaster, and we stand in solidarity with the Government and people of Cuba at this difficult time,” she added.

Caricom chairman and Belize Prime Minister, John Briceno, had earlier sent “messages of strength and solidarity to the President and the people of Cuba” adding that “our hearts and thoughts go out to everyone affected by this tragedy”.

“I am pleased to know that the doctors and students from Belize were among the first to visit the scene of the tragedy to provide help. That shows their gratitude and therefore the Beliceño people to the Cuban people who have given them so much. In the words of the National Hero of Cuba, Jose Martí, ‘Doing is the best way to say,” Briceno added.

The death toll from the powerful explosion at the luxury hotel increased to 35 Monday as search crews with dogs hunted through the rubble of the iconic 19th century building looking for people still missing.

The Hotel Saratoga, a five-star 96-room hotel in Old Havana, was preparing to reopen after being closed for two years when an apparent gas leak ignited, blowing the outer walls into the busy street on Friday.

Several nearby structures have also been damaged, including the historic Marti Theatre and the Calvary Baptist Church, headquarters for the denomination in western Cuba.

In releasing the names of those who were killed, the health ministry said the dead included four minors, a pregnant woman and a Spanish tourist, whose companion was seriously injured.

It said 54 people were injured, with 24 hospitalised after having previously reported 85 injured.