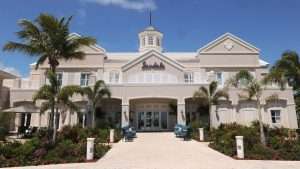 (NEW YORK POST) – Authorities in the Bahamas on Monday identified the three American tourists who died under mysterious circumstances at the luxury Sandals Emerald Bay resort on the island of Exuma.

Royal Bahamas Police Force Commissioner Paul Rolle named the deceased during a press conference as Robbie Phillips, 65, and Michael Phillips, 68, both from Tennessee, and Vincent Chiarella, 64, from Florida.

Bahamas’ top cop also revealed that blood samples have been taken from all the victims and will be sent to a lab in the US for toxicology tests. He also said the autopsy results were still pending.

The three Americans were found dead in two separate villas at the resort Friday.

The Chiarella couple’s son, Austin Chiarella, said his father was found dead on the floor, while his mother was in bed and could not move because her arms and legs were swollen.

The pair was celebrating their anniversary at the resort, Austin told ABC News, adding that he spoke to his mother on Saturday.