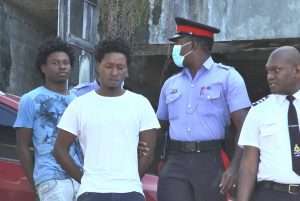 Two Trinidadian Nationals who fled their country and illegally entered Grenada during the month of December 2021, were captured and charged by Immigration Officials on April 20th, 2022.

Authorities in Trinidad confirmed that one of the duo is wanted for murder in their country of origin.  They were ordered to be deported on Thursday 21st April, 2022, after appearing at the St. George’s Magistrate’s Court.

They are presently in custody at Her Majesty’s Prisons pending their extradition to their homeland.