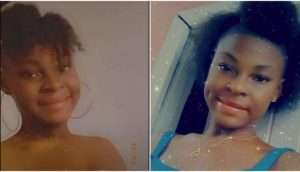 (GUYANA NEWS ROOM) – Shenese Walks, 19, was the mother of a baby boy who celebrated his first birthday on Wednesday– the same day she was found brutally murdered by her boyfriend. Relatives told the News Room that it was the culmination of months of abuse and her trying to leave the relationship.

Her 21-year-old boyfriend is in police custody and has allegedly confessed to the gruesome act. The couple had only been together for a couple of months.

The young mother, a teacher at the St. Ambrose Primary School in Linden, was discovered with a knife stuck in her neck at her boyfriend’s Craig, East Bank Demerara, house.

Her mother, Simone Walks told the News Room that Shenese left her Wismar, Linden, home on Tuesday morning to visit her boyfriend. The woman said she last spoke with her at about 15:00hrs on Tuesday.

“But, after [that] I keep calling her phone and there was no response.

Then on Wednesday, she received a call from the Grove Police Station asking her to come to the station urgently. She said when she inquired as to the reason, she was told that it was an emergency.

The woman explained that she sent her husband, but she had a feeling that something was wrong.

“I felt a way because she didn’t come home and I was wondering where could she be, the guy even flashed to my memory.

“It shake us up a lot, we did not expect that,” the woman said.

A celebration that never happened

She said the news came as a shock to her. Simone and her daughter had planned a little celebration for her son’s birthday.

“Myself and her had a plan where we said we gonna pack some party bags and take it to the day care centre the child is go to, but it so happen we didn’t do it cause the day care centre had some kite flying today,” the woman explained. Nevertheless, Simone said she bought a cake and ice cream for the little boy, but she never expected that his mother would never show up.

“My daughter was young, just started life on her own in terms of working, she always loved education, she would always teach her nephews and loved playing with children.”

Shenese suffered months of abuse at the hands of her boyfriend. She had even made reports to the police.

After that incident, the young mother returned home to Linden and started teaching.

But it was not the first time that she had to make a report after being abused. Simone revealed that some time before the boyfriend had hit her daughter and she intervened and warned him about abusing her daughter.

“I told him, when my child is there [Craig] don’t stop her from coming home,” Simone stated.

Simone explained that even though her daughter had moved out from her boyfriend’s house, she would still visit, but “she would always come home.”

The mother said her daughter had also tried to leave the relationship.

“I don’t know when she said if she had meant it, but she tried many times.”

Shenese was one of five children and according to her mother, she always wanted to become a teacher. The young woman also loved cooking and fashion.

“She like dress up and fancy hairstyle, she liked cooking, the kitchen and the oven.”

Stabbed and locked away

Meanwhile, Police Headquarters reported that the boyfriend claimed that he tried to take the knife away from Shenese during an argument, but ended up stabbing her.

Police suspect that she was killed sometime between 15:30hrs on Tuesday and 11:45hrs on Wednesday. The boyfriend told the police that after he realised what had happened, he became scared, locked the house and left.

He later contacted his brother and told him what transpired.

Police said the brother and an aunt took the young man to the Grove Police Station where he reportedly confessed to the crime.

Investigators had to use force to get into the house and discovered Shenese lying on her back, beside a bed with the knife stuck inside her neck.

The woman’s body was subsequently escorted to the Memorial Gardens Funeral Home where an autopsy is expected to be carried out.