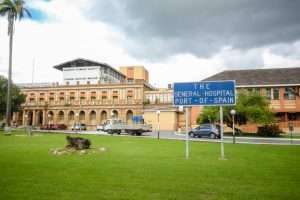 (TRINIDAD EXPRESS) – Investigations have been launched to determine how six-year-old Zakariah Charles died.

Relatives of the young boy have told police that he was found unresponsive in the bathroom of his home.

However, doctors at the Port of Spain General Hospital reportedly observed several bruises on the child’s body.

The Express was told that at about 7 p.m. on Tuesday, young Zakariah was told by his parents to go take a bath at the family’s home along St Joseph Road, Port of Spain.

However, they soon heard a loud noise.

Upon investigating, young Zakariah was found on the ground of the bathroom.

He was unresponsive at the time.

He was taken to the Port of Spain General Hospital, however, he died at about 8.30 pm.

The police were notified and a team of officers led by Cpl Dennis and WPC Henry responded.

A post-mortem has since been ordered.