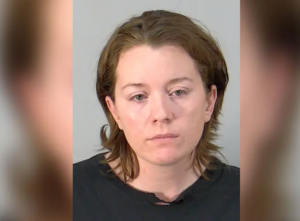 (NEW YORK POST) – A Florida woman was arrested this weekend for stuffing a 4-year-old boy inside a laundry dryer and activating the machine, according to a report.

Amber Chapman 35, was busted on child abuse charges after the boy told investigators that “Miss Chapman” put him inside a machine with some towels and that he “went around and around,” authorities said.

The tot was initially taken to an emergency room in February with bruising around his eyes, ears, shoulders and lower back.

The child told the Lake County Sheriff’s Office that Chapman, of Eustis, opened the door at one point in the cycle and then closed it again to resume the tumbling.

A medical report on the case stated that doctors found his injuries to be consistent with the boy’s statements.

After gathering enough evidence to pursue the case, cops arrested Chapman this past weekend and she was later released on a $15,000 bond.

She faces a first-degree felony charge of aggravated child abuse. Local law enforcement officials did not release a motive for the abuse.