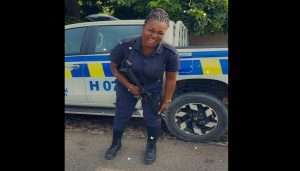 (JAMAICA OBSERVER) – Jamaican policewoman Shelian Allen on Thursday pleaded guilty in a federal district court in Fort Lauderdale to smuggling cocaine into the United States, some of which were found in her vagina and stomach.

Allen will be sentenced on June 15 by United States District Judge Rodolfo A Ruiz II.

The 42-year-old faces up to 40 years in federal prison, according to a release from the United States Attorney’s Office for the Southern District of Florida on Thursday.

Allen was suspended from the Jamaica Constabulary Force (JCF) following her arrest in Florida in February relative to lottery scamming and drug trafficking offences.

In relation to the drug-related charges, the release said Allen admitted that on February 3, she arrived at Fort Lauderdale-Hollywood International Airport on a flight from Montego Bay, Jamaica.

Further, Allen also had 90 pellets of packaged cocaine inside her stomach, which she had swallowed.

The Jamaican law enforcer was subsequently transported to a hospital where she expelled 90 pellets.

“In total, Allen had over 1,000 grams of cocaine on or inside her body when she entered the United States: about 200 in her vagina, about 143 grams in her bra, and about 690 grams inside her stomach,” disclosed the US Attorney’s Office.

Allen, who resides in Stonebook Vista, Trelawny, is an 18-year veteran of the JCF.

Media reports from the United States in February said she has also been charged with wire fraud and mail fraud. Local and federal agencies, including Homeland Security and the US Postal Inspection Service, which have been conducting investigations, believe Allen is the head of a lottery scamming organisation.

The authorities believe the organisation has several bases operating in the US and Jamaica.

“A review of numerous accounts tied to this organisation revealed a loss amount in excess of $1.69 million from 17 victims across the country,” the news report said, citing US court documents.