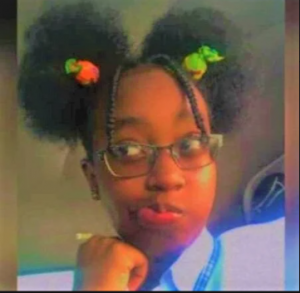 (TT GUARDIAN) – Driven by a desire to protect 15-year-old Alliyah Alexander from going down the wrong path, a close male relative whose corporal punishment led to her death is now in police custody.

Alexander, a student of Couva West Secondary School, was taken by her mother to the male relative’s house at Rig Road, Claxton Bay, on Tuesday to be disciplined. The relative is a corporal with the T&T Defence Force.

In an interview with reporters at a relative’s house in Chaguanas yesterday, Alexander’s mother Vanessa Augustine, who is six months pregnant, could not stop crying.

The mother said she usually disciplined Alexander and her 12-year-old sister but the male relative stepped in because she was not listening and they both were very disturbed by Alexander’s behaviour. She said the relative had never before beat her children.

“Once he ever discipline Alliyah and he pinched her and that hurt him so much he say ‘Vanessa I love them girls so much I can’t see myself abusing them in no way. I can’t beat my girls. I love them too much’. These were his exact words. So I used to have to do the disciplining and if I do it, he would be like ‘you don’t find you was a little too hard on them?’”

She said Alexander grew up in church but she was being influenced to do the wrong thing.

“Teenage problem with boyfriend. We tried talking to her, not to shame herself because there are so much young girls who go out there and they will get pregnant. They will get themselves too much involved in social media with themselves half-naked and stuff and we just was warning her, please don’t embarrass yourself, keep yourself up high because she’s a Christian girl.”

Augustine arrived at the male relative’s house after 2 pm. He wanted to be alone with Alexander so she (Augustine) went to visit another relative a few houses down the street for about 45 minutes.

When Augustine returned to the house, she was speaking to him outside and he told her he would ban Alexander from the phone and monitor her movements.

“He said ‘let me call her because she inside. I have her sit down inside because I tell her let me speak to your mummy by herself.’”

Shortly after he went inside, she said, “He call out my name hard ‘Vanessa come something wrong’. I say what could be wrong? What happen?”

She ran inside and dropped to her knees when she saw her daughter on the ground vomiting.

Augustine said they called the ambulance but no vehicle was available so they lifted her into the car to take her to the Couva Health Facility.

“I had her in my arms. I said Alliyah get up Alliyah please get up. She never did. When the doctor said your daughter is gone I said no, don’t tell me this is happening,” she said.

She said the relative told her he beat Alexander for her to tell the truth because at first, she was not telling the truth.

Augustine, however, knows he is hurting and she wants him to be able to attend her daughter’s funeral.

“He love Alliyah, so is not that I have experience of him being abusive to her or ill-treat them in no way or had any grudge towards them kids.”

Augustine said there were marks on her daughter’s arms but they are waiting the results of an autopsy today to determine the cause of her death.

Meanwhile, a woman who was at the Claxton Bay home of the male relative refuted the police report carried by the media.

“Nothing was correct and it just causing more grief and harm on people.”

However, she declined to say what was inaccurate about the report. A neighbour expressed shock over the incident, as she never heard any disturbances coming from the house in the past. The man, however, was still in police custody up to last night.