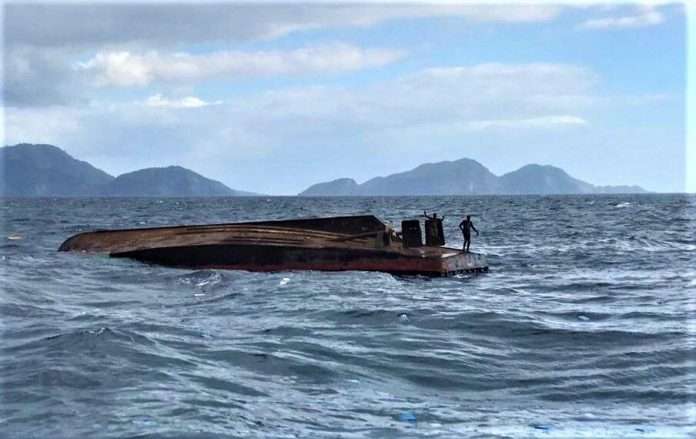 The body of one of the five missing crew members of the MV Fair Chance, which capsized in Trinidad waters on Saturday, was recovered by divers today. That’s according to a statement released by the Trinidad and Tobago Coast Guard. The statement reads as follows:

“On the morning of 07 April 2022, members of the Trinidad and Tobago Coast Guard Diving Department, in conjunction with commercial divers provided by the owner of motor vessel FAIR CHANCE, were conducting dives to remove cargo that was blocking the entry ways to the vessel when they discovered the body of one (1) deceased male.

The body was subsequently handed over to the Trinidad and Tobago Police Service for further investigation. The Trinidad and Tobago Coast Guard extends sincerest condolences to the family and loved ones of the deceased and remains committed to continuing searches, in conjunction with partner agencies, for the remaining missing persons.

The Trinidad and Tobago Coast Guard remains dedicated to the continued provision of border security and other services in order to maintain the safety and security of the Republic of Trinidad and Tobago through the conduct of maritime security and safety patrols within our area of operations as well as in any other area in which we are called upon to serve.”

The identity or nationality of the deceased was not given.