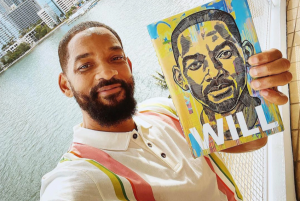 (NEW YORK POST) – Will Smith is facing further fallout from slapping Chris Rock at the Oscars — with streaming giants Netflix and Apple+ both pulling out of a planned movie of his life, according to a report.

The latest reported blow comes after Netflix as well as Sony had already shelved creative projects with the troubled star.

Now, “Netflix and Apple+ have quietly removed their bids for a Will Smith biopic and will instead relocate the funds and develop original ideas from new black actors,” a source told The Sun.

“Working with Will has become a risky business,” the insider told the UK paper.

“They now plan on developing ideas with more family friendly stars like Mike Epps and Michael B. Jordan.”

Neither company appeared to have commented on the report.

A “heartbroken” Smith, 53, resigned from the film Academy Friday, admitting that storming the stage to slap Rock, 57, over a joke about his wife’s hair was “shocking, painful, and inexcusable.”

He said he would “fully accept any and all consequences for my conduct” — some of which appeared to have already started.

Netflix slowed development on its upcoming Smith-starring action-thriller “Fast and Loose,” while Sony also put the brakes on “Bad Boys 4,” according to Variety and The Hollywood Reporter.