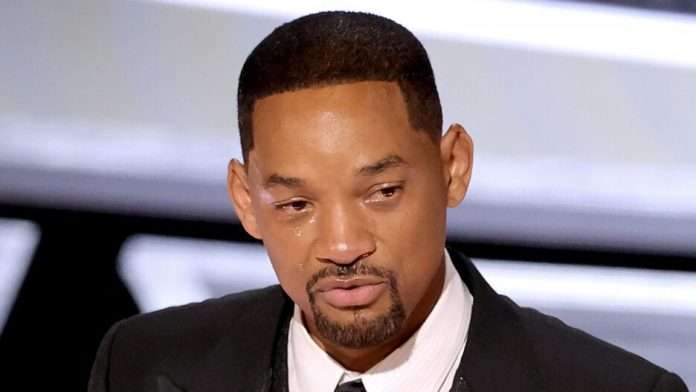 CNBC – Will Smith has resigned from the Academy of Motion Picture Arts and Sciences, days after he smacked comedian Chris Rock at the annual Oscars ceremony in Los Angeles.

In a statement issued Friday, Smith said he would “accept any further consequences” the group’s board of governors may deem appropriate.

″ My actions at the 94th Academy Awards presentation were shocking, painful, and inexcusable,” he said.

Smith had previously apologized to the academy and to Rock. Minutes after he slapped Rock on Sunday night, Smith won the Oscar for Best Actor for his role in “King Richard.”

“Love will make you do crazy things,” he said in his acceptance speech, one of several apparent references to his attack on the comedian. Rock had made a joke about the close-cropped hair of Jada Pinkett Smith, Smith’s wife, who has alopecia, a skin condition that can result in hair loss.

On Wednesday, the organization behind the Oscars said its board of governors have initiated a disciplinary proceeding against Smith for violating the group’s standards of conduct. During the board’s next meeting on April 18, it said it would decide what action it will take, if any, including suspension or expulsion.

With Smith preemptively leaving the organization it is unclear what the academy will do next.

The Los Angeles Police Department was ready to arrest Smith at the awards ceremony Sunday, according to a producer of the show, but Rock declined to press charges. The academy has said that Smith refused to leave the ceremony after he struck the comedian.

Rock, meanwhile, has refrained from commenting too deeply on the slap. He told a crowd at a comedy show earlier this week in Boston that he was “still processing what happened.”

Smith, who has been one of Hollywood’s most bankable stars for decades, had made his name as a star of blockbusters such as “Independence Day” and the “Men in Black” franchise. But he mixed in serious dramatic roles, such as in “Ali” and “The Pursuit of Happyness,” in what seemed like a quest for Oscars glory. Now his long-sought-after Academy Award will forever be associated with the most shocking moment in the show’s history.

I have directly responded to the Academy’s disciplinary hearing notice, and I will fully accept any and all consequences for my conduct. My actions at the 94th Academy Awards presentation were shocking, painful, and inexcusable.

The list of those I have hurt is long and includes Chris, his family, many of my dear friends and loved ones, all those in attendance, and global audiences at home. I betrayed the trust of the Academy. I deprived other nominees and winners of their opportunity to celebrate and be celebrated for their extraordinary work. I am heartbroken. I want to put the focus back on those who deserve attention for their achievements and allow the Academy to get back to the incredible work it does to support creativity and artistry in film.

So, I am resigning from membership in the Academy of Motion Picture Arts and Sciences, and will accept any further consequences the Board deems appropriate.

Change takes time and I am committed to doing the work to ensure that I never again allow violence to overtake reason.