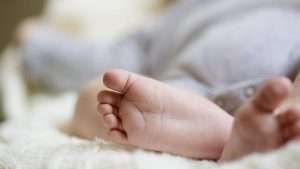 (AFP) — More than 200 babies could have survived had they been given better care at birth, a damning report into Britain’s biggest maternity scandal said on Wednesday, prompting a government apology.

The report listed a catalogue of repeated failings at the Shrewsbury and Telford Hospital NHS Trust over a 20-year period from 2000 to 2019.

Babies were stillborn, died shortly after birth or were left severely brain-damaged, according to the review, which was ordered in 2017 after concern at the high rates of neonatal deaths at the hospital group.

It also disclosed that nine of 12 mothers who died during the period could have had “significantly” better treatment, and others were made to have natural births when they should have been offered Caesarean sections.

But the state-funded group, which operates several hospitals in Shropshire, central England, either failed to investigate sufficiently or learn from the cases.

“To all the families that have suffered so gravely, I am sorry,” Health Secretary Sajid Javid told parliament, vindicating years of campaigning by those affected.

“The report clearly shows that you were failed by a service that was there to help you and your loved ones to bring life into this world.”

Javid and the hospital trust promised to implement the report’s dozens of recommendations, acknowledging that the care and even compassion given was not up to standard.

He vowed that those responsible for “serious and repeated failures” would be held to account. A police investigation is looking at some 600 cases, he added.

Other newborns were starved of oxygen and experienced life-changing brain injuries, according to the review of cases involving nearly 1,500 families and nearly 1,600 clinical incidents.

Of the 498 stillbirths examined, it found that one in four had “significant or major concerns” over the maternity care given.

Had the care been managed appropriately, they could have had a different outcome, it added. Forty percent of the stillbirths were never investigated by the trust.

Ockenden said midwifery staff were “overly confident” in their abilities, were reluctant to involve senior staff, repeatedly failed to monitor babies’ heart rates, and did not use drugs properly in labour.

Caesarean rates were consistently eight to 12 per cent below the English average, and staff were determined to keep rates down, despite the risks involved.

Affected families were kept in the dark about reviews of their cases and often treated without compassion and kindness, the 250-page report outlined.

In some cases, some women who died were blamed for their own deaths, while bereaved parents were ignored when they raised concerns.