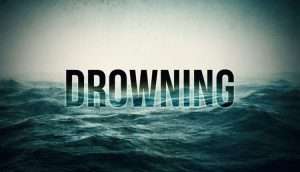 (TRINIDAD EXPRESS) – A child is suspected to have drowned in a backyard swimming pool at his grandparents’ home in Tableland Tuesday afternoon.

Relatives and paramedics attempted life-saving measures to revive the child, aged seven, then took him to the district health facility, where medical personnel also tried to save him but without success.

A police report said that the child’s mother, Ayanna Josiah, 41, of Couva, was visiting her parents’ home at Robert Village, Tableland, with her son, Asaiah Josiah, a primary school pupil, when at around 1.30 p.m. he went to the back of the house to play.

The report said that the mother checked on her son a few minutes later and discovered him at the bottom of the swimming pool at the back of the house.

The child was pulled out of the pool and efforts were made to resuscitate him without success.

Paramedics of the Emergency Health Services responded and rendered cardiopulmonary resuscitation (CPR) and other medical assistance to the child, but he remained unresponsive.

The paramedics took him to the Princes Town District Health Facility, where doctors were also unable to revive him and he was pronounced dead at around 4.30 p.m.

The body was taken to the San Fernando mortuary for an autopsy on Friday.