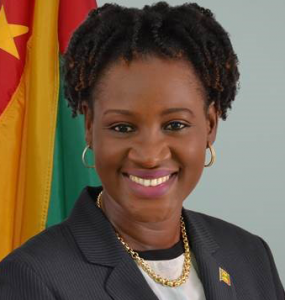 PR – Reports that the Government of Grenada has decided to appeal a High Court ruling of  March 29, 2022 against the state of Grenada on the pension issue, is a contemporary  misrepresentation.

Representatives of the Government are yet to discuss at Cabinet or legal levels, much  less to come up with a decision, on what its reaction should be on the matter.

As it stands right now, the Government awaits the written judgment and a full legal  briefing.

Any attempted representation of the Government’s reaction is premature and largely  speculative, if not in some instances mischievous.

In the initial official statement Tuesday in reaction to the High Court ruling, the  Government reiterated its commitment to finding a permanent solution to the entire  pension issue, while understanding it is an extremely difficult and complex issue.

The only firm decision the Government has taken in the 24 hours since the ruling is to  declare its intention to invite the trade unions to have a discussion on the latest  developments.

As it has been, especially since 2018, the Government not only stands for open dialogue, but has initiated it on many occasions, as part of its consultative approach on matters of  national interest.

The formal request for continued dialogue will go out officially today.

In the meantime, there are a few things that must be made clear in this scenario: (1) The Government is completely committed to the cause of all workers.

(2) While the matter is one that has been inherited by this and previous governments,  there has never been a lack of commitment, by at least this current Government, to find  a lasting and fair solution.

(3) Everyone must be cognizant that no government, now or in the immediate future, will  be able to find immediately the over $1 billion required, without bankrupting the entire  society.

(4) The commitment to affected public workers is also extended to that of every Grenadian  worker, and indeed citizen, and the general well-being of all must be part of the  discussion.

The court case is part of an extensive process that has been in train for years and  encompasses many aspects.

If the solutions were simple and easy, it would have been dealt with at some point during  the last 38 years by alternating NNP and NDC governments.

It must be noted that while some previous governments shut the door on even discussing  the issue of pension, it was this current Government that invited the trade unions, without  being prodded, to begin to explore ways in which we can solve this complex issue.

The fact is, there has been more progress on the pension issue in the last five years than  at any time previous.

As it stands at this very moment, public servants who retire are paid a monthly pension  of 70% of their last salary, which is a combination of contributions from NIS and the  Government.

That policy was initiated by this current Government and embraced by the trade unions,  as reflected in a memorandum that was signed five years ago. Hundreds of retired public  servants are benefitting right now from this arrangement.

Admittedly there was no agreement on how to manage the issue of the 25% gratuity — and there have been several proposals on the table in that regard.

This Government has always insisted on acting responsibly on this complex matter,  understanding that the claim is on the State of Grenada.

The Government’s compassion and concern are with all public servants, as they are with  every other citizen who rightfully demands and expects better services in all spheres.

We remain confident, even in the face of all the challenges, that together we will reach a  settlement and find a Grenadian solution to this almost insurmountable inheritance.

We believe any solution must be fair to not just this past generation, but future ones as  well.