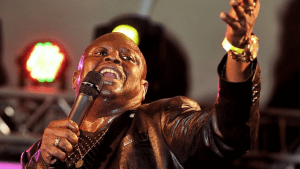 D’All Starz, of which he is the lead singer, issued a statement saying his family, along with the management and members of the band D’All Starz, regretted having to announce his untimely passing.

“May his voice be heard among the angels,” it said.

On March 21 it was reported that Blaxx was hospitalised at the Arima General Hospital battling covid. On March 23, his manager Giselle Gellineau-Penrose confirmed he was in the Intensive Care Unit (ICU).

In 2020, the singer was hospitalised with lung and kidney issues. He was discharged in November of that year.