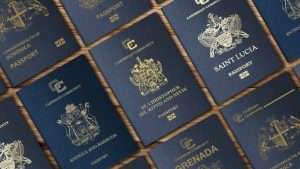 (CMC) – The Antigua and Barbuda government has stepped up its efforts to stave off efforts by the European Union (EU) to derail the controversial Citizenship by Investment Programme (CBI), with Prime Minister Gaston Browne indicating that he has sent a letter to the EU on the issue.

“I have taken the opportunity to write to them, to let them know the impact that they are about to inflict on our CIP programs and the impact on our economies,” said Browne, who last week had called on member countries of the Organisation of Eastern Caribbean States (OECS) to provide a united front on the issue.

He said that the letter would provide evidence that Antigua and Barbuda probably hold the most robust due diligence process before citizenship can be granted.

“Citizens from these countries who are trying to access citizenship under the program would have to get clearance from Interpol, a review of their financial background and a police report from their country of residence,” Browne added.

Under the CBI, foreign investors are afforded citizenship of a country in return for making a significant investment in the socio-economic development of the particular country. Several Caribbean countries have instituted CBI programmes.

The United States has moved to decline visas to holders of passports obtained by the CBI and the European Union has passed a law giving countries three years to phase out the programme or face visa requirements for all its passport holders.

The EU Parliament has called for an EU “levy of a meaningful percentage on the investments made – until ‘golden passports’ are phased out, and indefinitely for ‘golden visas’” within the block.

“It also asks the Commission to put pressure on third countries that benefit from visa-free travel to the EU to follow suit,” according to the website said.

The resolution passed by the parliament with 595 votes to 12 and 74 abstentions says golden passports should be phased out fully.

Foreign Affairs Minister, E P Chet Greene has promised that St John’s would be robust in its defence of the CBI telling reporters while a final decision has not been made as yet by Europe, scraping the CBI will not be an option.

“We won’t pre-empt losing this fight, we will fight it to the end. We understand the importance of this programme to us, we are operating a programme that is really above and beyond reproach. Our books can be pulled at any time and our reports are tabled in Parliament,” Greene said.

“We won’t be quick to disband these programs, but rather we will continue to show the virtue, value, and management of these programs and hope that common-sense will prevail,” he added.

Browne said that the CBI does not represent any risks to Europe, adding “as far as we are concerned, we are now collateral damage…”

Browne said about 10 per cent of the country’s revenue comes from the CBI while in other countries, their economies are almost absolutely reliant on their own CBI.

“If they are successful in undermining our CBI, it will create problems for the OECS currency union countries. You can imagine the impact on these countries,” Browne added.

Apart from Antigua and Barbuda, the other OECS countries with a CBI programme are St Lucia, Grenada, Dominica and St Kitts and Nevis.