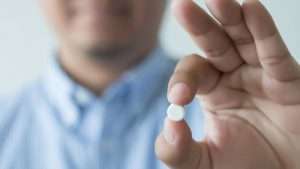 (GLOBAL NEWS) – Scientists have developed a non-hormonal male birth control pill with 99 per cent effectiveness and no obvious side effects in mice, and the findings of the study were presented at the American Chemical Society’s Spring 2022 conference in San Diego on Tuesday.

Typically, targeting the sex hormone testosterone can lead to unpleasant side effects like weight gain, depression and an increased risk of cardiovascular disease, and this has caused difficulty in finding a healthy birth-control solution for men.

Lead researchers of this study highlighted the reason for their male contraceptive’s effectiveness and lack of side effects: the pill does not target testosterone. Currently, testosterone inhibition is the most common method of other men’s contraceptives undergoing clinical trials.

As of now, birth control options for men are limited to condoms (a single-use contraceptive prone to failure) or a vasectomy (a surgical procedure that can be difficult and occasionally costly to reverse), while women have multiple options available to them, including oral contraceptives, IUDs and female condoms.

So far, this study, led by Gunda Georg and other researchers at the University of Minnesota, has proven safe and effective on mice. The team hopes to begin human trials later this year.

“Most female birth control pills work on the female sex hormones,” said Abdullah al Noman, a graduate student and researcher on the project.

“Targeting the male sex hormone leads to a lot of side effects such as weight gain, depression and increased risk of cardiovascular diseases,” he said. “Men are less willing to take a birth control pill that has significant side effects. That’s why we are targeting a non-hormonal pathway to developing a male birth control pill.”

To develop the male contraceptive, researchers targeted a protein called the retinoic acid receptor alpha (RAR-α). This protein is one of a family of three nuclear receptors that bind retinoic acid, a form of vitamin A that plays important roles in sperm formation and embryonic development.

By removing the RAR-α receptor in male mice, scientists could make male mice sterile. In their study, the team identified the compound YCT529, which effectively inhibited RAR-α.

YCT529, which was given orally to mice for four straight weeks, dramatically reduced sperm counts in mice and was 99 per cent effective in preventing pregnancy, without any observable side effects.

The mice could father pups again four to six weeks after they stopped receiving the compound.

Scientists are hoping to begin human testing of YCT529 in the latter half of 2022.

“That’s very important — that you knock out the target (RAR-α) — that you’ve achieved the desired effect but the mice are also viable and healthy,” Georg said. “Of course, you have to be careful with this analysis because they are mice and not humans, but nevertheless the effect was very, very promising.

“Because it can be difficult to predict if a compound that looks good in animal studies will also pan out in human trials, we’re currently exploring other compounds, as well.

Scientists are currently modifying existing compounds and testing new structures as they continue their research.