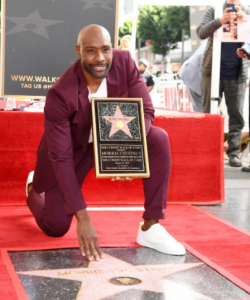 The ceremony took place at 11:30 a.m. at 6353 Hollywood Blvd. between Cahuenga Boulevard and Ivar Avenue and was streamed on the Walk of Fame’s website.

Chestnut is best known for his roles in such films as “Boyz n the Hood,” “The Brothers,” “The Perfect Holiday,” “Think Like a Man,” “The Best Man” and its sequel, “The Best Man Holiday.”

Born in Cerritos, Chestnut made his professional acting debut in a 1990 episode of “Freddy’s Nightmares — A Nightmare on Elm Street: The Series.” He made his film debut in “Boyz n the Hood,” playing star Crenshaw High School running back Ricky Baker.

Chestnut will reprise his “The Best Man” role in “The Best Man Wedding: The Final Chapters,” a 10-episode limited series that will stream on Peacock.