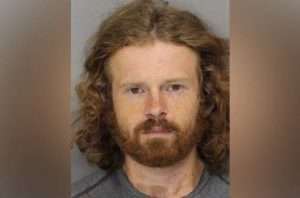 (JAMAICA OBSERVER) – Daniel Attaway will face at least 25 years in prison for killing his father after he reportedly told him to “get a job or move out”.

According to a WSBTV news report, the 27-year-old pleaded guilty but mentally ill on one count of malice murder in relation to the September 29, 2018 shooting death of his father, Douglas Wayne Attaway.

Attaway had previously admitted to committing the crime to his mother and sister. He has now been sentenced to 50 years, 25 of which will be spent in custody during which he will be required to undergo mental health supervision.

Attaway reportedly shot and killed his father “execution style” in the basement of their family home in Georgia, United States. When he initially reported the incident, he had claimed that someone had shot his father.

He was later charged with malice murder, felony murder, aggravated assault with intent to commit murder, and possession of a firearm during the commission of a felony.

Attaway reportedly committed the crime with a 9mm from his family’s weapons collection.

UK Teen Jailed For Far-Right Videos Linked To US Killings