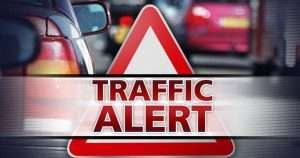 PR – The Traffic Department of the Royal Grenada Police Force hereby notified the general public that the following traffic arrangements will be in effect for five (5) days International Test Match (England vs. West Indies) at the National Stadium commencing Thursday 24th to Monday 28th March, 2022.

Vehicular traffic via the Hump Back Bridge will be restricted, to allow for VIPs/ Dignitaries only and persons with special permits from the Organizing Committee.

PUBLIC PARKING
Public parking will be available in the following areas:
Concrete area car park at the Athletic Stadium.
Behind the National Stadium within the vicinity of the Cricket Net, entering from the Ring Road through Gate 6.

Parking to the front of the National Stadium adjacent to River Road will be restricted to allow for VIPs/ Dignitaries only and persons with special permit from the Grenada National Celebration Committee.

NO PARKING ZONE
No parking will be allowed in the following areas on either side of the road:
Melville Street from the Fish Market to Cherry Hill
Queen’s Park road from its junction with the Green Bridge to the National Stadium.
River Road from Purcell’s lumber yard to the roundabout close to La Qua Brothers Crematorium.
Mt. Rush public road from its junction with the Ring Road.
National Stadium main entrance public way from Green Bridge.
Gore Street from its intersection with Halifax Street and Bruce Street between the hours of 6:00 am to 7:00 pm.

ONE-WAY:
River Road public road will be one-way traffic towards the direction of Mt. Gay, at the conclusion of the games.

NB. Only buses will be exempted from same.

VENDING
Persons will only be allowed to vend on the seaside of the main public way along the Western corridor.