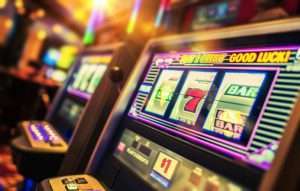 (CMC) – An opposition legislator has warned that gambling can become Grenada’s biggest cancer as she expressed concern at the increase in the number of “gambling houses that are popping up in every street corner in our communities.

“I would like to say today, if we do not do something about it, it will be one of the biggest cancer, Grenada is going to suffer and I do hope that we are putting in place facilities to help these young men when they get addicted to the one-arm bandits,” said Opposition Senator, Rolanda McQueen.

Slot machines are often referred to as one-arm bandits and before the passage of the 2016 Gaming legislation, there was no law to regulate that sector.

In 2016, Grenada approved the Gambling Legislation which became enforced in 2017. The law allows for the establishment of a Gaming Commission whose task is to inspect and license all places with gaming facilities as well as issue licenses to those who are engaging in ‘game of chance’ events.

The work of the Gaming Commission is separate and different from the Casino Commission.

“That’s two different laws, and some might not be clear about that,” said Franklyn Redhead, Chairman of the Gaming Commission.

The law forbids the placement of these slot machines close to schools and churches and the officials from the Gaming Commission is responsible for approving locations and conducting continuous inspections of these locations.

But Redhead told the Senate that “before an individual or company receives a license to operate as a gaming location, there is a process because the gaming legislation provides guidelines as to where these gaming machines can be placed, so they cannot be popping any and everywhere”.