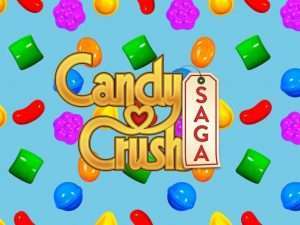 (AP) — Candy Crush Saga and Words with Friends, video games that helped make gamers out of anyone with a smartphone, are up for inclusion in the World Video Game Hall of Fame, hall officials said Thursday as they announced a total of 12 finalists.

The winners will be inducted May 5 following voting by an international committee and the public.

“This year’s 12 finalists showcase the range and depth of the video game world,” said Jon-Paul Dyson, director of the International Center for the History of Electronic Games at The Strong museum, which also houses the hall of fame.

Smartphone games are nominated alongside “true icons like Ms. Pac-Man,” Dyson said, and industry-changing games like Rogue, which inspired a genre of role-playing games.
Anyone can nominate a game for the World Video Game Hall of Fame, which recognises electronic games of all types — arcade, console, computer, handheld and mobile. Honourees are those that have influenced the video game industry or popular culture over time.

Fans are invited to vote online for their favorite finalists through March 24 as part of a “Player’s Choice” ballot. The three games that receive the most public votes will form one ballot and be counted with other ballots submitted by members of the International Selection Advisory Committee, whose members are journalists and scholars with expertise about the history of video games and their role in society.

Inducted last year were Microsoft Flight Simulator, Where in the World is Carmen Sandiego?, StarCraft and Animal Crossing.