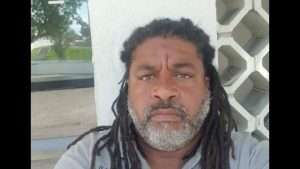 (CMC) – A 28-year-old man has been remanded in custody after appearing in Supreme Court where he admitted stabbing his father, a former football team manager, to death.

Tyshaun Brown was joined by his family, who were close to tears as he confessed to the manslaughter of his 52-year-old father Amon Brown.

Detective Sergeant Jason Smith said after Wednesday’s hearing: “There are no winners in this case. The family is distraught, understandably, and at least today there is some satisfaction that justice has been served.”

“This is, as you can appreciate, a very emotional time for the family.
There’s a lot of grief and pain. The family is coping and we do wish them well,” he added.

Smith said that the guilty plea to manslaughter was “certainly the right decision to make, given the circumstance”.

He added: “It certainly helps to alleviate some of that frustration and sense of fear among the family, so we’re happy for that decision.”

Brown, a former player and manager of the Boulevard Community Club football team, known as the Blazers, suffered around 25 stab wounds in July 2020 during an incident in Warwick parish.