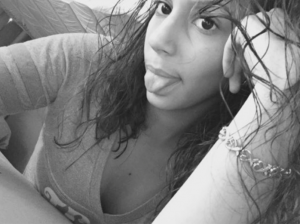 (JAMAICA OBSERVER) – A 22-year-old New York woman is facing attempted murder charges over claims she invited a man to her apartment where he was tortured while his family was ordered to pay a $100,000 ransom.

The victim was reportedly put in a bath where he was sprayed with flammable liquids before being set alight, and tortured with knife blades.

According to reports, Valerie Rosario, 22, is alleged to have deliberately lured the unsuspecting 24-year-old man over to her apartment for the sadistic plot to be carried out with a group of others.

Rosario allegedly picked out the victim after noticing that he would often flash money on his own personal Instagram account and suggested they hook up.

But it quickly turned into the date from hell as the man was tied up and gagged while his kidnappers forced him to call his brother to send $100,000 in ransom money to secure his release, Manhattan prosecutors allege.

It is reported that police were able to track down the man about 24 hours later, tied up in the back of a van and barely breathing. No further updates on his condition have been shared.

Prosecutors have described Rosario as a con woman from the Lower East Side and have given details of the harrowing incident which all took place early last month.

The man arrived at the address on Marble Hill Avenue in the Bronx. The torture began soon afterwards with one of a group of three men first pistol-whipping him, according to court documents.

The man was taken to hospital where he was treated for multiple burns and stab wounds on his face, body, back and legs, according to the complaint.

Judge Soma Syed agreed that given the serious nature of the crime, Rosario should be remanded in custody.

‘Ms. Rosario denies all the allegations that have been levelled against her,’ Defense attorney Raymond Loving said.