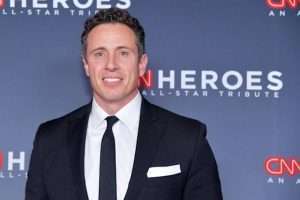 (NEW YORK POST) – Ex-CNN anchor Chris Cuomo is demanding a staggering $125 million damages for being fired — and calls his termination “the epitome of hypocrisy” by the scandal-scarred, third-place network, according to legal papers filed Wednesday.

In a scorched-earth filing with the JAMS mediation and arbitration service, Cuomo alleged that his former employer “has a long-established pattern and practice of selectively enforcing its policies based on cynical calculations of public perception.”

He also claimed that CNN’s habit of making “exceptions” to its rules “began at the top” with former CNN Worldwide president Jeff Zucker and former chief marketing officer Allison Gollust, who both resigned under pressure last month for failing to disclose their affair.”

As long as CNN’s ratings would not be hurt, Zucker and Gollust were more than willing to overlook major transgressions by CNN personalities such as Don Lemon and Jake Tapper, or even to engage in blatant misconduct themselves,” according to the filing.

“In each of the above-described incidents, CNN allowed employees to retain their jobs for offenses much more egregious than anything CNN alleges Cuomo did,” according to the filing.

“This is the epitome of hypocrisy, as there was no valid basis for terminating his contract.”

In a series of bombshell allegations, the former “Cuomo Prime Time” host — who was fired in December for trying to help his brother, former Gov. Andrew Cuomo, battle sexual harassment allegations — said “CNN demanded through its leadership” that he repeatedly interview Andrew Cuomo during the height of the COVID-19 pandemic to score a “ratings bonanza.”

Chris Cuomo also said that “CNN pushed Gov. Cuomo not to appear on other networks,” implying that doing so could hurt his brother’s career, and also asked him to hold his popular coronavirus briefings “based on its program schedule and when its ratings were weakest.”

In addition, he said, “Zucker and Gollust acted as advisors to Gov. Cuomo during this time by giving him talking points and strategies for responding to statements made by then-President Donald Trump.”

“Notably, for years, CNN did not discipline Gollust os Zucker for their egregious violations of CNN policy, including both Gollust and Zucker using their privileged access to Gov. Cuomo to secure COVID tests,” according to the filing.

Chris Cuomo’s filing demands at least $15 million for termination of his contract 19 months before it expired, saying he’s entitled to about $14.4 million in unpaid base salary and “at least a ratings-related bonus.”

Based on the amount being sought, his contract paid him around $9.1 million a year, more than half again as much as has been previously reported.

But the bulk of the damages — at least $110 million — is demanded on grounds that CNN violated the contract by “failing to instruct CNN employees not to disparage Cuomo,” leading to widespread attacks on his ethics and reputation, “with Zucker leading the charge.”

“Cuomo has had his journalistic integrity unjustifiably smeared, making it difficult if not impossible for Cuomo to find similar work in the future,” according to the filing.

In a statement, Chris Cuomo’s lawyer, Bryan Freedman, said “It should by now be obvious to everyone that Chris Cuomo did not lie to CNN about helping his brother.”

“In fact, as the limited information released from WarnerMedia’s investigation makes clear, CNN’s highest-level executives not only knew about Chris’s involvement in helping his brother but also actively assisted the Governor, both through Chris and directly themselves,” he said.

“As CNN has admitted, network standards were changed in a calculated decision to boost ratings. When those practices were called into question, Chris was made the scapegoat.”

CNN and its parent company, AT&T’s WarnerMedia, both declined to comment.

A spokesperson for Zucker and Gollust denied that Zucker gave Andrew Cuomo advice and said neither were “ever given preferential access to COVID tests. This is false.”

The rep has previously said that Zucker “was never aware of the full extent of what Chris Cuomo was doing for his brother, which is why Chris was fired,” and that Gollust “never offered advice or counsel to Andrew Cuomo. Period.”