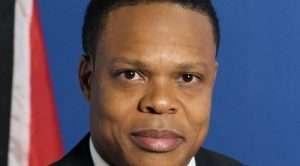 (CMC) – The Trinidad and Tobago government on Monday advised citizens about getting involved in the Russia-Ukraine war after a newspaper reported that an opposition activist and business development consultant had expressed a desire to be among thousands of foreign volunteers wanting to engage in combat in Ukraine.

Caricom and Foreign Affairs Minister, Dr Amery Browne, told a news conference that while he did not want to say “too much on this topic, I certainly will not be saying anything to encourage that type of potential grandstanding.”

“All I could do is sound a note of caution for the good sense, the welfare and the physical wellbeing of all our nationals and encourage persons not to take bad examples from those who might wish to be reckless, who might want to be on some sort of populist agenda which could put themselves and even our national reputation in jeopardy,” he shared.

The Trinidad Guardian newspaper reported Monday that United National Congress (UNC) activist Brian Stone is one of the volunteer combatants who is now prepared to battle side-by-side with Ukrainians for freedom against Russian President Vladimir Putin’s invading army.

The paper said that Stone will be the country’s first volunteer to fight in Ukraine’s frontline if he achieves his goal, and quoted him as saying “this decision did not come from the brain but from my heart.

“So far, it is a go. You have to look at it for what it is,” Stone said, with the newspaper indicating that he had served in the Canadian armed forces reserves.

“I understand very clearly the risks. I am not stupid. If Russian soldiers show up there we will have to fight. I am prepared to do so. The only thing I am fearful of is if shots are fired, there are explosions or should a bomb drop. I hope I can handle it.”

“I have already signed over a number of things to my wife,” said Stone, who admitted his decision is not sitting well with his immediate family and close friends but more so his worried wife,” he continued. “My wife is not happy at all…even a soldier would be lying if they say they are not afraid. I fear the unseen. There is no way I can cover from an explosion. I am worried about that. If it turns to mostly a guerilla warfare…well, it is over for people like me. I will have to leave. To stay you will get killed.”

Minister Browne told reporters that he would be seeking “some further information on this potential development.

In recent time, a number of Trinidad and Tobago nationals have travelled to Syria to join the Islamic State fighters.