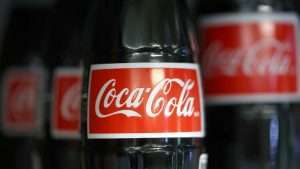 (AFP)— Coca-Cola and PepsiCo are suspending business in Russia, the soft drink giants announced Tuesday, as corporations and Western governments penalise Moscow for its invasion of Ukraine.

Russia’s attack on its neighbour has drawn unprecedented sanctions and international condemnation that has piled up as the military offensive has taken a growing toll on Ukraine.

“Our hearts are with the people who are enduring unconscionable effects from these tragic events in Ukraine,” Coca-Cola said in a statement announcing that it was “suspending its business in Russia.”

Companies from Apple to Visa have already announced curtailed or suspended operations in Russia since the attack began last month.

“Given the horrific events occurring in Ukraine we are announcing the suspension of the sale of Pepsi-Cola, and our global beverage brands in Russia, including 7Up and Mirinda,” PepsiCo said in a statement.