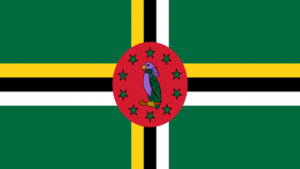 (CMC) – Dominica has suspended with immediate effect, applications from nationals of Russia and Belarus seeking citizenship under the island’s Citizenship by Investment Programme (CBI).

Under the CBI programme, Dominica grants citizenship to foreign investors who make a substantial investment in the socio-economic development of the island. Dominica is among a handful of Caribbean Community (CARICOM) countries with CBI programmes.

Dominica said its position to suspend nationals from Belarus and Russia from the CBI programme follows Moscow’s invasion of Ukraine and the decision of the United Nations General Assembly (UNGA) to condemn Moscow for its action.

Dominica was among 141 UN member states that voted last week to condemn Russia and the coordinator of the CBI Unit, Ambassador Emmanuel Nanton said that agents of the programme have been informed of the Dominica government’s position.

“In light of the ongoing conflict in Ukraine, the government of Dominica is suspending the process of all new applications from Russians and Belarusians with immediate effect.

“This measure is to safeguard the Dominica community and the integrity of the Dominica Citizenship by Investment Programme. All authorised agents are kindly requested to disseminate the information…to all parties,” he added.

In 2020, Prime Minister Roosevelt Skerrit told Parliament that the CBI had earned Dominica EC$1.2 billion (One EC dollar=US$0.37 cents) over the last three years and that for the fiscal period 2017-2020, a total of 5, 814 applications had been approved.

In March last year, Skerrit said that his administration had been utilizing the CBI funds to pay off debts, to meet current expenditure, and to sustain the ongoing projects in the public sector.