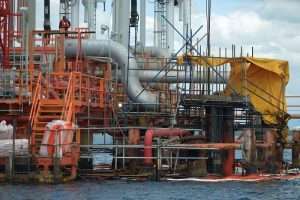 (TRINIDAD EXPRESS) – An independent five-member committee has been selected to conduct an investigation into last Friday’s incident which led to the death of four of the five LMCS Ltd divers who were contracted by the state-owned Paria Fuel Trading Company Ltd to perform underwater maintenance on a sea pipe.

In making this announcement at Thursday’s post-Cabinet press conference at the Diplomatic Centre in St Ann’s, Energy Minister Stuart Young said upon its appointment, which is expected to be done sometime next week, the committee would conduct its investigation and report the findings to his ministry within 45 days.

The committee comprises of attorney at law Shiv Sharma, who will serves as its chairman, Gregory Wilson, who holds 25 years’ experience in the oil and gas industry and is a professional sub-sea specialist with first-hand experience in deep-water diving, Eugene Tiah, who recently retired as Executive Chairman, Energy and Industrial Gases Business Unit Massy Energy, and a representative each from British Petroleum (BP) and Shell.

“The Government through the Ministry of Energy has taken a decision to ensure that this five-member panel is completely independent, and staffed with top professionals in those areas. The critical ones will be the representatives from British Petroleum and Shell,” Young said.

“What we’re asking them for is to ensure that the two representatives are specialist in these areas.”

He noted that he have asked BP and Shell to not limit their representatives to nationals of Trinidad and Tobago but find the right persons, be it from their international operations, who will come to the table and who will also have the support of their organisations, not only from a procedural point of view but from experience in these type of investigations and also, to make sure that they don’t duplicate the skillset.

He added further that the investigation panel will be supported by a Secretariat from the Ministry of Energy, to provide them with the support they would need in terms of secretarial services.

“I’m also going to put in place a lawyer to assist them should there be a need for that.’

Scope of the committee

The Energy Minister said the scope of the committee will include, but not be limited to the following:

“Again, I offer my sincerest condolences to the families who have had to suffer this unfortunate loss of their loved ones.

“I would like to take the opportunity to thank all of those who supported the operations in recovering the bodies of these four nationals of ours. So now, the families are going to be allowed the closure and the grieving.

“We continue to ask for God’s intervention with them and that they are given strength to go through these very difficult times,” Young said.

He stated that both Paria and LMCS have been instructed to make available to the families the comfort and any support they will need.

Following Friday’s incident, where divers Fyzal Kurban, Rishi Nagassar, Yusuf Henry, Kazim Ali Jr and Christopher Boodram were sucked into a 36-inch crude oil pipeline, with only Boodram making it out alive, the Oilfields Workers’ Trade Union (OWTU) demanded that Paria’s senior managers be held accountable for the deaths of the four divers.

On Tuesday night the union picketed the home of terminal manager Collin Piper.

And an online petition calling for the removal of the board of directors at Paria, has since amassed over 28,000 signatures.

Paria has not responded to the calls for its board to step down.